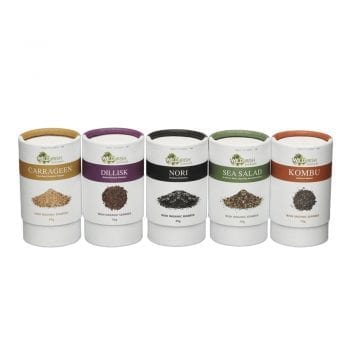 This healthy condiment is a must have in any kitchen .

It is commonly found from June to September. When picked, shell pieces and other small particles can be washed off and the plant then spread to dry. Dillisk is commonly used in Ireland, Iceland, Atlantic Canada and the Northeast United States both as food and medicine. It can be found in many health food stores or fish markets and can be ordered directly from local distributors. In South West Ireland it is eaten dried and uncooked in a manner similar to that in which one would eat snacks at a drinks party. It is also used in cooking

We use cookies to ensure that we give you the best experience on our website. If you continue to use this site we will assume that you are happy with it.AcceptPrivacy Policy